Home > Blog > The history of the peanut candy

The history of the peanut candy

Peanut candy is an ancient Han nationality snacks. Use clean peanuts, sugar, liquid glucose is made. It was produce by peanut brittle bar production line.The humid climate in summer. Sugar is used sand adhesion or mildew, not produce more. Peanuts, sugar is sweet and crisp, good and inexpensive, is one of the extremely broad consumer love food. 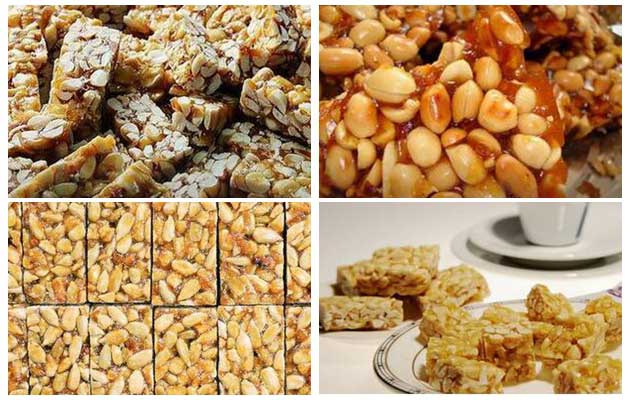 Reportedly peanut candy is the first time in 475-221 BC during the warring states time, because at that time, are fighting all around, there, some people a little rich for life safety, away, away from the fighting. In war-torn era, in order to convenient to carry, rich families will caramel  and the malt after saccharifying boiling sugar, sticky, commonly known as maltose) and peanuts to add boiled together, after boiling, then cut into small blobs of irregular, it is formed a peanut candy, is also the world's oldest peanut candy, 12, 13 century, peanut candy first introduced to Arab countries, and then spread to Greece and Europe and around the world.

After countless s, until the last century, peanut candy has been in a single species, a single method, founded until the rites of bread home, to bring the peanut candy to further expand and develop, peanut candy was transformed from a single product now twenty kinds of varieties, hundreds of producing method, hundreds of different flavors of peanuts, sugar, peanut candy bottom of sugar is one of the most representative one, beautiful ladies like peanuts for sugar gain weight from eating polysaccharide from worry, for diabetes are excused from eating polysaccharide make the aggravation of the trouble back at home.