Home > Blog > The invention of the toothpick

The invention of the toothpick

Toothpick is actually a kind of important oral hygiene appliance, it has a history of more than 2000 years. Because of its small volume, production materials is usually wood or bamboo, but also is easy to be reduced to ashes, therefore its inferiority, history is rarely leave about the toothpick invention evidence. Fortunately, Chinese archaeologists have unearthed in gold scallops and toothpicks, probably in the Han period produced by s. This gold toothpick although belong to a royal family, rather than all the ordinary people, but still has to prove that the 3rd century China for toothpick. Modern society, toothpick supplier production toothpick by toothpick processing machine. 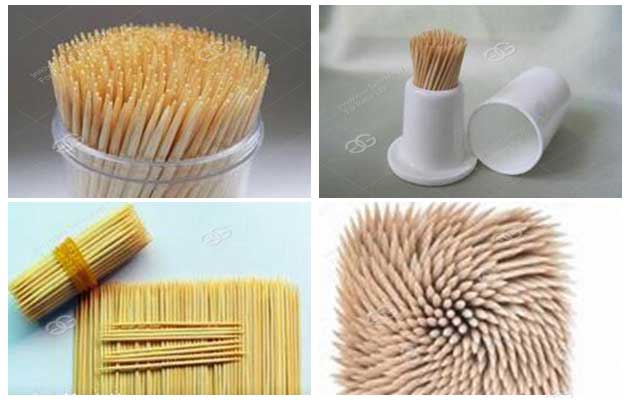 For a long time, people have a kind of illusion, is the chopsticks and toothpicks same as a Chinese invention. Because the average person thought, the Chinese have always pay attention to diet, the diet culture developed in China, the real goods, since someone invented chopsticks so it related supplies toothpicks, also, of course, at the same time were invented. But the fact is not.

In fact the use of disposable things is from India, some people think that it may be associated with the Buddha Sakyamuni to his disciples to teach health. Legend has it that Buddha preached to his disciples, he found surrounded around his disciples, have bad breath when talking, the Buddha give them another professor the health class. He said: "thou shalt use branches to brush your teeth, but in addition to bad breath, increase the sense of taste, can get five, too." Sakyamuni was under the banyan tree, carry forward the Dharma taught his disciples to eliminate bad breath method, by the way. So far, the toiling masses of India, is still in the branches in the morning or wood and teeth brushing your teeth, probably related to the legend. The implied as early as two thousand years ago, the Indian people have understood with branches or wood, as a toothbrush to clean mouth. Later, the Indian with branches to eliminate bad breath, the secret of introduced into China.