How to Open Almond Shell with Machine?

2018-06-07 by Lisa
Almond is a very nutritious nut, because its crust is relatively strong, in the market is seen in the open mouth of almonds. So how to open almond shell with machine? Here is a testing video show you.

The almond opening machine is made up of expansion tank, heating device, rotation device, safety protection device, vibration damping device, frame and base. It is technically reformed on the basis of traditional fire puffing tank. Compared with the traditional small air expansion tank, the output is increased by 4-6 times and the safety factor is greatly improved. Meanwhile, the labor intensity of the operator is reduced, and the energy consumption is reduced. At present, rice, millet, wheat, highland barley, tartary buckwheat, corn, sorghum, coix seed, buckwheat, beans and so on can be expanded as long as starch containing materials are available. It can also be used for the opening of nuts shell. 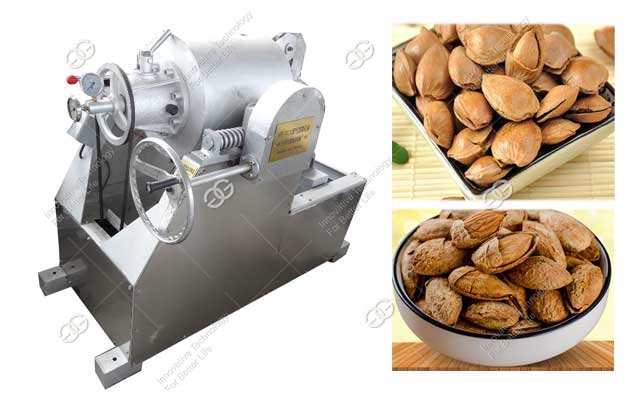