Chinese noodles originated in the Han dynasty, whih has more than 4,000 years of history. There are many stories about the origin of noodles. To a certain extent, noodles also reflect the cultural traditions and customs of China, which essentially means “human nature” and “worldly common sense”. There are thousands of varieties of noodles in China, according to the classification of the shape of noodles, seasoning gravy, cooking craft, and so on. Many noodles have local characteristics. Noodles are accepted by people from all over the world. The industrial revolution and the development of the food industry realized the transition from a traditional handicraft industry to mass production using machinery. In a 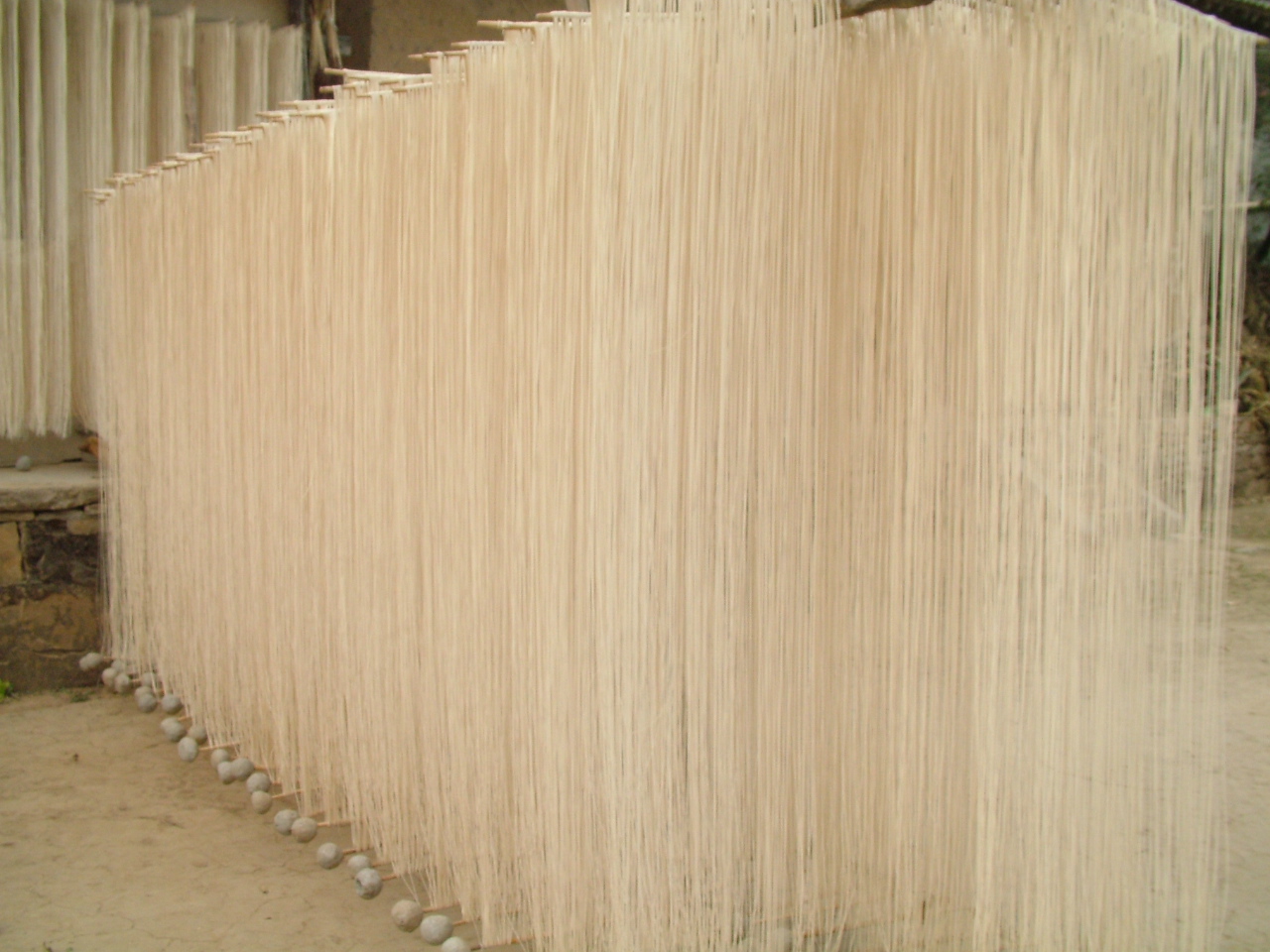 ddition, the invention of instant noodles and their mass production also greatly changed the noodle industry. In essence, noodles are a kind of cereal food, which is the main body of the traditional Chinese diet. It is the main source of energy for Chinese people and the most economical energy food. Adhering to the principle of “making cereal food the main food”, is to maintain our Chinese good diet tradition, which can avoid the disadvantages of a high energy, high fat, and low carbohydrate diet, and promote health. The importance of the status of noodles in the dietary structure of residents in our country and the health impact should not be ignored.
Today, the pace of life to speed up, almost few people can make their own noodles, most people choose to buy stick noodles in supermarket. Stick noodles produced by Stick Noodles Production Line.
The main feature on mashines:
1.The prodcution line innovates to use the technology of twice extrusion with non-expaning.The drying tunnel insteads of baking houses, which reduces down the cost both for the istallation and erterprise production.
2.The fully automatic production
The whole production line is highly controlled automatically. Less manual operation meets the security of the sanitation and the requirement, variety of production.
3.Multi-purpose equipment, variety of production
Most kinds of cereals can be processed: such as, corn, buckwheat, barley, sorghum, millet, beans, etc. By this unique equipments only need adjusting processing technology, thereby it increases the value and raises its utilization.