2018-03-21 by Ellie
As the modern age is approaching, more and more people are engaged in their work, as a result, they have less time to cook for themselves. They often go to the fast food store, retailing shop, or order meals on the internet, which is an inevitable trend for the whole food industry. The one who can grasp the business opportunity timely will win the market share in advance. Instant noodle is the perfect representative. 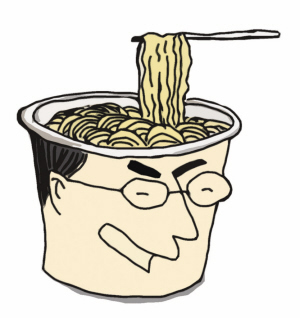 According to relevant statistics, the instant noodle is originated from Japan, which belongs to the fast food ranges. It combines with the traditional noodles and stretched noodles, with cooking oil, and then become the instant noodles after the process of de-watering.
In 25th August 1958, the first instant noodle was invented by the creator of Nissin Food Products Co., Ltd., which was named Chicken Ramen. After that, the company began to promote instant noodles with single source bags, and the bowl instant noodles were added in 1971.
The instant noodle opened the domestic market in Japan with the features of cheap, delicious, convenient, and long preservation time. What’s more, the company started to promote its product in the global range since 1970s. At present, China, Indonesia, Japan and America are the largest country to consume instant noodles.  According to a survey, it showed that instant noodle is regarded as the most important invention of Japan in last century.
As for instant noodles, convenience is the largest characteristic of it. With rich brands and tastes in the supermarket, it is available for consumers to choose, which can explain its popularity from this aspect. 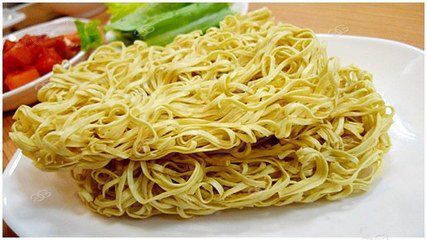 With the speeding of life pace and improvement of life quality, in addition to convenience of foods, consumers are more likely to take health, green and other factors into consideration. However, the instant noodle do become the favorable food for consumers, how can manufacturers solve this problem? Therefore, non-fried instant noodle production line is a new opportunity for all of you!