How to Remove Castor Beans Shell? 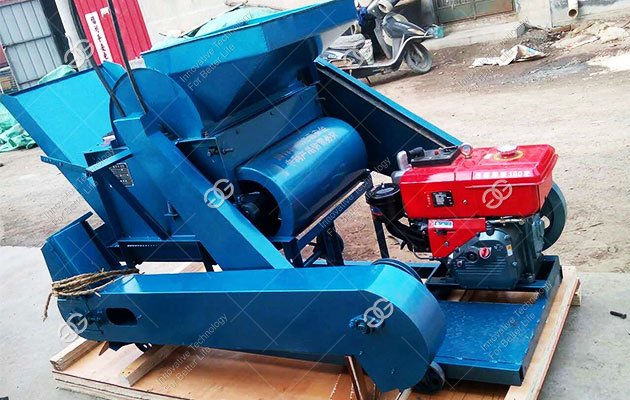 Castor beans shelling machine is a kind of castor sheller commonly used in the market at present. Castor oil extractor is composed of frame, fan, shell stripper, feed hopper and discharge port. The dehulling speed of the machine can reach 1,200kg /h, and the dehulling rate is as high as 95%, and the crushing rate of castor seeds is less than 3% (because the working part of the shell peeling room is made of rubber, the purpose of removing the shell without damaging the seed skin is achieved). This castor beans shelling machine is driven by diesel engine. Ricinus dehulling machine production greatly reduced the amount of people's labor, brought great convenience. This machine has the advantages of high efficiency, high removal rate, low crushing rate, simple structure and convenient operation.


The unpacking part of the castor beans shelling machine adopts conical double drum structure with rubber layer with high friction coefficient. In the process of decanting, castor nuts roll in the gap between two rollers. This machine produced by our company is of guaranteed quality and affordable price. If you want to know more information about the machine, you can contact us at any time. We will contact you within 24 hours.