How to Make Sesame Candy?

2018-03-21 by Lisa
Because the sesame candy with sweet taste, won everyone's favorite, and the sesame seeds with high nutritional value. Today, i will share the sesame making method to you. 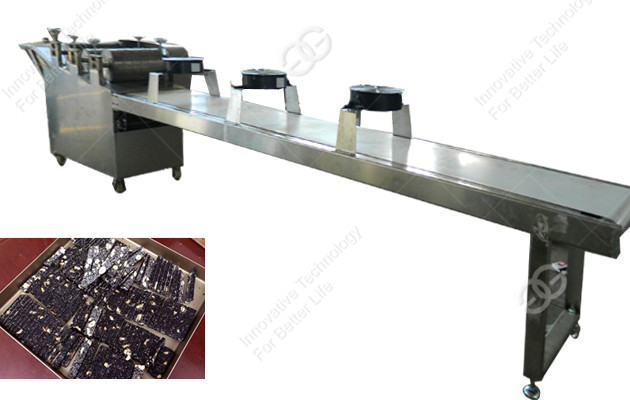 
Production Process:
1, stir fried peanut kernels: fried crisp after the selection peanut kernel, remove the red coated.
2, peel sesame skin: sesame washing with water, remove dander and other impurities, soaked in water for one day and one night, drain off water, put in the container with a pestle pounding, then rinse the skin with water and stir fry, reserve.
3, sugar cooking: white sugar into the pot, add water 3.5 kg deepening heating to boil, add malt sugar after removal of impurities with egg white, malt sugar melted and filtered again, boil down to about 120 degrees put into the lard, continue to boil to 135 degrees, the end of the pot.
4, mixing and stirring, molding: the syrup end pot, put the sesame and peanut kernel into the pot, then pour in by the rapid mixing platen spread rolling flat, with "double knife" approach to tidy around. Then, open cut forming.
Occasionally try is also possible when you are free, if you want to start a new business, you can use sesame candy production line, the sesame candy machine by GELGOOG Machinery with high quality,high efficient, high output, quick delivery, etc. It is well known in our country, and established friendly and cooperative relations with many foreign countries.