Home > Blog > The story of the European coffee

The story of the European coffee

The ancient Arab first dry beans, after boiling the juice as a stomach medicine to drink, that helps digestion. Later found coffee and refreshing effect, at the same time because of Islam strictly prohibit to drink Christians, and then use coffee instead of alcoholic beverages, as a refreshing drink and drink. After the 15th century, the pilgrimage to mecca's Muslims will bring coffee back in succession, make coffee gradually spread to countries such as Egypt, Syria, Iran and Turkey. Coffee into the continental when attributed to Turkish Ottoman empire at that time, because addicted to drink coffee in the western expedition continental army of Ottoman and in local presence for several years, when the army finally leave, left a large number of supplies, including beans, Vienna and Paris were able to bring with the coffee beans, and cooking experience from the Turks, and developed European coffee culture. war is the original invasion and destruction, but unexpectedly brought cultural exchanges and integration, it is not foreseen by the rulers.

Because of the bitterness of the coffee, the wise man invented the cube sugar to alleviate the bitter taste of coffee. 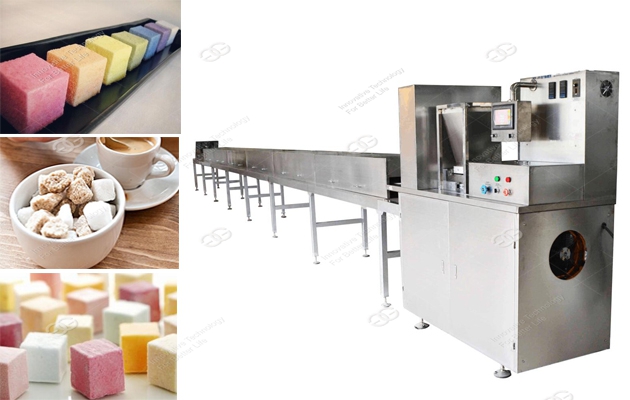 The cube sugar processing steps is grinding sugar into needed fineness to standby application, then mixing and feeding the grinding sugar powder into the sugar forming machine through spiral feeder, after the hydraulic pressure sugar making machine, can get ideal different size and shape cube sugar, then transport sugar to drying tunnel by tablet linkage conveyor to make sure remove excess water into sugar so that facilitate the late packaging and storage; after the drying tunnel needs to cooling the sugar and then packing into carton, box or bags according to different demand.